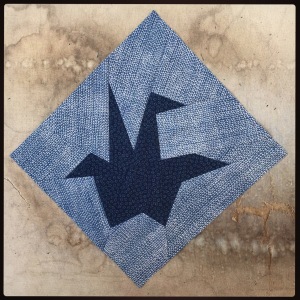 One year ago today, I had the few remaining pieces of furniture picked up by Housing Works from my Washington Heights apartment, took the rest of my remaining belongings to some trash bins around the corner (”Take me, I’m free”), ate a toasted New York bagel with cream cheese from the corner bodega, drank a watered down iced coffee, called one friend in Connecticut to say goodbye, dropped off my Time Warner modem after waiting in a zoo of a line, went to UPS to mail some boxes to a Portland Hotel that would be my home for 6 weeks, took the 1 train down to Chelsea and threw away my Metrocard (this is getting real), ate a sandwich at the Pret A Manger on 29th and 8th, ran into a friend on the street (the last New York City friend I’d see?), was sort of rained on after having sweated through my clothes in the humid weather, went to Sleep No More and stumbled around the McKittrick and might have cried off an on for three hours (it’s dark, I’m wearing a mask, maybe people will think it’s part of the performance?), took a cab home, got stuck in traffic at 11pm (kinda fitting?), and took a two hour nap on the floor of my empty apartment before The Dog and I got in a car with one suitcase and went to JFK before it had even opened.

That was a busy day.

Person I would have sent it to: Ryan H.

Ryan was the sound designer for the entire summer season down in Arkansas that summer. We didn’t interact much, as busy as everyone was, other than to offer me a mic pack before my fittings started so I could figure out a way to get mics on all those bodies in Pippin. I think he had just graduated from grad school, too, and possibly had gone to a school in Indiana. So, maybe we shared a small and tenuous bond?

Who knows… But he has since moved to Brooklyn, and I know he did go back to Arkansas this summer.

Music I listened to while sewing: Fort Fairfield is on right now.

On Sunday night, I went with a group of (work) friends to a karaoke dive bar in SE Portland. (It’s supposedly another one of those “very Portland” things to do.) I don’t “do” Karaoke. I never have. I don’t sing in public. My lack of interest in getting up and performing for the dive bar perplexed the people I was with… but then someone asked: “But don’t you just want to sing your favorite pop song in front of people? What’s your favorite thing to listen to in your apartment?”

I said I had been listening to a lot of European house music and remixes of Alexander McQueen runway shows… the table got really quiet at that point.

I doubt I’ll go back to Karaoke.

Thoughts/Feelings behind the block: Facebook is making me aware of several conversations about “how to make a living in theater.” Some of my friends and colleagues are trying to figure out a way to get the Union to standardize the rates at which we’re paid. Others are talking about the need to “overbook” yourself to make barely enough money. Still others are talking about the lack of real diversity in theater design, and what we can do to help it.

It’s strange to sit here in Portland and read these thoughts from friends and work colleagues in New York. It’s actually making me a little upset; my design career stalled because I wasn’t able to overbook myself with jobs that maybe paid or didn’t pay. I couldn’t afford to not earn anything, so I started assisting more than designing. I could never afford to hire assistants to help me because I needed whatever cash flow I could get.

I don’t come from money, so I wasn’t able to live off of trust funds. I lived off my credit card. I had to turn down work simply because some things didn’t pay.

All the work I did take as a designer seemed to be with companies who worked together once, and then disbanded… or left NYC… or left theater.

Maybe, despite my sincere wishes, I wasn’t supposed to design in New York?

I spoke to a friend last night. She’s in her final year at Yale. I think she’s got skill towards design, but is also enough of a people person that knowing and meeting others will help her career in ways that my reserved qualities didn’t. I hired her, from Portland, to do some work for my shop in New York. I could pay her. I could help her make some money.

She asked how Portland was.

Or maybe you can.

Things are better here, sure, but this experience has also told me I can manage. I have the ability to manage. I could be a good manager if I keep working in this capacity. If a situation, like that unfortunate experience of being fired as an Associate Designer because I was deemed not skilled enough (which is a polite way of describing the situation), happens again… Well, I can know without a doubt that isn’t the case. I’m good at what I do.

I was a good designer, too, but I’m here now.

And we’ll see where I go because I’m not stopping.