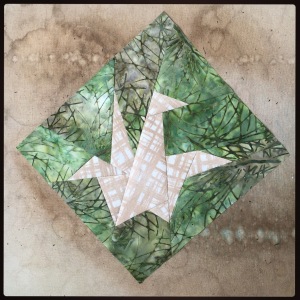 I am having another slow day and all I want to do is go home.

I feel like I have so many other things that I could do, could start, could focus on… Oh well.

Person I would have sent it to: Still on that outdoor Shakespeare production in lower Manhattan.

The director for that show- Sean H.- had worked primarily and previously with that company as an actor. I understand this was his first experience directing with them. It was also his first opportunity to direct. Period.

I allowed myself to think- because it was my first (and only) time with that company- because I had also just been let go from a Broadway show under unfortunate circumstances- because I also had just worked for an opera company and not paid for the work- that I was also in a similar boat. Unexperienced. Needing work. I wanted to make the director happy. I wanted to do something big to prove myself to them, to him, to me. So, I went along with what he talked about. I accepted what he wanted to do, even though I knew some things were problematic for the future month-long run.

Music I listened to while sewing: Right now, I’m listening to “The Walker” by Fitz and the Tantrums. It’s funny to think that I discovered this song right when I was offered the job to move to Portland last summer.

Thoughts/Feelings behind the block: I’ll be honest and say that if my staying in Portland means I’ve given up on the opportunity to ever design or create theater in the future, I’ll be upset.

Over the weekend, when I was speaking to this “kid” (Okay, he was 8 years younger than me), I realized that my being in Portland was absolutely necessary and vital for my survival as an artist and as a human. New York had beaten me down. Freelance had warped my sense of work. The City had skewed my sense of “cost” and “money.” I was tired, poor, desperate, jealous, and hurting. I wasn’t happy. I needed a way out.

I’m not sure I needed a permanent way out.

Because, if anything, the chance to slow down in Portland has reminded me that I wanted to be The Designer. That’s why I wanted to go to grad school. I didn’t want to end up (this was at Actors Theatre of Louisville, which I’m learning is a diamond in the rough of regional theaters) as a stitcher or a wardrobe person. I felt like I had big ideas and dreams and abilities.

Yes, a lot of kids in their early 20s think that. I was not unique.

Then I went to grad school and the east coast and New York and started freelancing and became poor and busy and overworked and not busy enough and not overworked enough. Maybe things derailed? Maybe I was failing? Maybe I wasn’t good enough?

I don’t think I failed. That implies there’s a concrete path to success and a career in the Arts, which there isn’t. Success isn’t dependent on talent. It’s not completely dependent on hard work. It’s about a strange mixture of time and place and luck and circumstance and being there and here and wherever you need to go. I don’t think I failed. I think I was just having experiences that shaped me.

And they were, unfortunately, were shaping me roughly. Making me feel worn. Making me feel soft. In the end, for everything I was getting, I was also losing things away.

I was losing insight into myself and my life. I was losing focus on the Then, as everything became about My Now. (I’m broke now. I need money to pay rent. I need to feed my dog. I need to feed me.) I wasn’t able to remember, heck to SEE, what I originally saw for myself. I forgot what I wanted to do this for.

And so here I am in Portland. I’m still super tired all the time… but I think that’s from a lack of Vitamin D from the sun now more than anxiety or depression. I miss aspects of my freelance life- like the days when I could get up at 7am and go to the dog park and enjoy a coffee while I quilted for a while and then went to the gym and then just wandered around- but I don’t miss the stress and the constant hunt and the feeling of helplessness that was overwhelming me.

I’m glad to be here, but I’m growing aware that for Portland to keep me here, something has to happen. I have to know there is opportunity here (in this theater, in other theaters here, etc.) I didn’t move here, at 36, to accept that I’d never design again or create something again. Yes, it’s awesome to have health and dental and vision insurance here. It’s awesome to get a paycheck every two weeks.

But if I have to accept that I’m no longer “good enough” to design because I now live in Portland, something will have to change again.

I do not have the ability to accept and say “This is it.” Because I don’t think this is it. Honestly, I don’t see this as being it.

Maybe it isn’t costume design after all. Maybe it’s something else. Maybe I’m shaping my It because of all the experiences I had then and now. I don’t know.

I have to make something happen.

I remember- and I know- that I can make something happen.