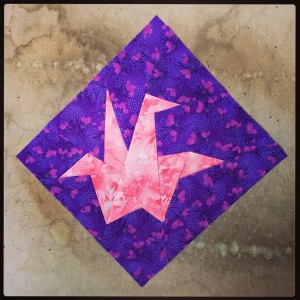 We’re gonna get through it together.

Person I would have sent it to: I think I’ll send this one out to another person I met while working those Sleep No More parties, back in 2013.

How about Nora G.

Nora was another young actress living in New York City. She was either just finishing NYU’s undergrad acting program, or their grad program. From the way she talked about finding acting work and balancing it with work to pay the bills, I got the impression that she was finishing their undergrad program.

She was another person, in that large clump of Supporting cast members brought in to flesh out the Halloween party, who was easy to talk to. She and I actually, for whatever reason, seemed to talk together the most. On one of the rehearsal days- it was decided the morning of that it would be a dress run- Nora had forgotten to bring clothes that worked with the “theme of the party” and in the color palette that was suggested to us.

I, being the costume designer and not an actor, had brought with me several options of clothes that would work for me, just in case people needed to “see other options.” (No one cared; my outfit was good enough for what I needed to do.) Nora, didn’t have time (work perhaps?) to bring anything in to wear for the rehearsal. I lent her one of the extra henley’s that I brought (a grey knit henley that was leftover from the Broadway transfer to Newsies). She wore it that night. Afterwards, when we were all cleaning the costume blood off of us, she threw the henley into the laundry bin marked for us. I never got the henley back.

But that didn’t matter. (I had one exactly like it at home.)

Nora and I, the first night of the party (the night before Halloween) left the McKittrick at the same time. It was around 1am, and I offered to walk her to her subway stop since it was on the way to the A. We left “early” only because we wanted to have some time to rest for the “real party” that was going to happen the next night. If I felt the need, I wanted the energy to stay until the party was going to shut down (4 or 5am) the next night. On that night, walking to our respective subways, I was struck by what I/we had just experienced and Nora clearly felt the same way.

Seeing THEM work is inspiring. It’s exciting. Maybe it’s the adrenaline rush of performing like that, but the experience was/is addictive. I was struck that someone like Nora- who had come to New York to study acting and was now going to try her best to do that in that crazy city- Nora still had the opportunity open to her to pursue that dream and try to make it happen.

And, as a then 34 year old costume designer who had luckily stumbled into the opportunity of working with them that one night, I was so jealous of her. Things felt possible for her. But I did not think they were possible for me anymore.

And, as high as I was from that evening (and from the next evening), I still remember feeling a deep sense of envy. If I had known theater could have been, or could be, like that when I was 22, would I have gone the path that I chose?

Music I listened to while sewing: We’ve got Pandora on in the shop right now.

Thoughts/Feelings behind the block: Another day here. I went to the gym last night. I fell asleep at midnight. I got up this morning. I’m at work right now. The two drapers are both working on personal projects, since we don’t have any work coming into the shop for the next few weeks.