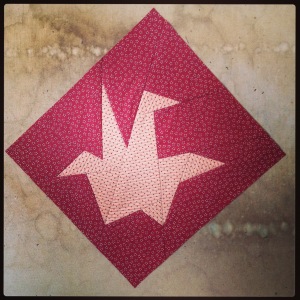 It’s actually Saturday. The holidays are over. I feel like the past two weeks have been so incredibly long, drawn out, and tedious.

Person I would have sent it to: Even though Paper Mill’s costume shop is staffed more completely (they have more in house staff than I do here!), you still need to farm out work depending on the size and scale of the show. Rob and Bethany weren’t going to be able to realize all the outfits and costume pieces we needed for such a show. And, honestly, Newsies wasn’t THAT large. Sure, it was big, but not insanely big… and at least all the clothes were real and taken from period research.

Brian H. was one of the men’s tailors we worked with on the show. Jess and the Paper Mill Costume Shop Manager agreed to hire him to build the three piece suits needed for the “Oldsies,” the men playing the adults in the show. We had suits made for Pulitzer, Roosevelt, the Mayor, Bunsen and Seitz, and Snyder the guy who ran the orphanage. It was really great to work with Brian; he had/has a great energy and a good eye and knew how to get things done.

I had worked with him previously (and barely). Back in 2009, when Amy C. and I were trying to get enough costumes for the Broadway production of Fela!, she contacted him to help make the 70s menswear for the band to wear. They were all seated on stage, towards the back but completely visible for the entire show, and so we chose lots of polyesters to flared pants and wide lapeled shirts for them. Brian helped us out then, and he helped us out again… especially when we later transferred Newsies to Broadway, and we needed to copy all those original suits for all the understudies and swings parts.

Brian’s day job as a designer is with Saturday Night Live. Back in 2009, after just meeting him, I was charged with the responsibility of dropping off that precious polyester at Rockefeller Center. I was hoping that I’d be taken back stage so I could see all the madness as they tried to prep that week’s show, but no such luck.

Music I listened to while sewing: My dog is snoring quite loudly from one of his several beds that he’s pushed near me.

Thoughts/Feelings behind the block: I decided to apply for this job last May immediately when I saw the posting online. I knew I had the skill, even if I hadn’t technically been a shop manager before, to lead a shop. I knew I could communicate, I could keep track of budgets and receipts, I could understand design research, I could prioritize builds and delegate work. Working in New York with several shops to realize one show… you learn how to keep things moving.

Portland the city was intriguing, as people out east seem to view it as a new frontier, almost like a “casual, artier, version of Brooklyn.”

Full time work was seductive. Getting a paycheck regularly seemed like heaven.

And so I applied. And when the interviewing process started, I was upfront on why I wanted to try this.

One of the other major reasons for wanting to work here was the stability of working within one organization potentially long-term on a common goal, producing and making theater. You’d get to know all the other people and artists and develop working and artistic relationships with them. I saw this as a chance to become a part of a team for a long(er) period of time, instead of the time experiences you have as a freelancer (coming in when you’re needed, but moving on to other things as soon as you’re not needed). I wanted to work within a group. I wanted to be a part of a team.

That, when I talk about my hesitancy and my lack of fulfillment here, is one of my big worries. Yes, in New York I was not special or important or needed all the time. Yes, I was soul-crushingly poor. But, I had a history there (good or bad). When I was working, I felt like I was working towards something. (I do know there is some rose-colored vision happening right now… some productions were the opposite and no one knew your name or cared to know it.)

But, what I’m missing here… what I’m finding lacking… is a group togetherness behind the work. There are so many people employed within that building, and we’re all working on the same productions and projects. Why does it feel like isolated? So compartmentalized? Like no one cares to discuss things or have opinions or talk about the work? Collaborate?

Maybe it’s just the time of year. I don’t know. Maybe I’m just lonelier than I ever realized I would feel.

Maybe again, like my friend in Chicago said, “creative people are never content with where they are.”

Okay, enough bitching and moaning. I need to go into work and “be present” this afternoon.