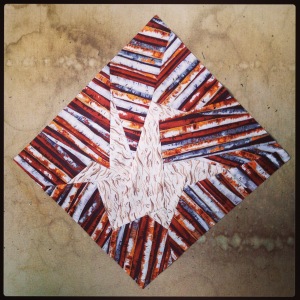 Saw Into The Woods last night. Still swooning over it all.

Person I would have sent it to: Bassel H.

When I was hired to design another production with the Yale Dramat a few years ago, they had already lined up a student who “wanted to assist the costume designer” throughout the process. So, when we– the New York production team consisting of the director, lighting designer, set designer, and myself- when to New Haven for the first time, I was ready to meet my assistant.

I had done a lot of research. I had put all the imagery on my iPad to show the team. I had prepared a list of things that my assistant could do to help me, since he was local to New Haven and knew all the actors and could do things while I was out of town (we had to pay for our own trips to New Haven, so of course I wasn’t going to go there weekly… even though they wanted me to).

I’m not sure what students think it means to assist a costume designer. Yes, having an “interest” in design or fashion is great to have, but some knowledge of how to work with clothes is more key. I wish undergrad departments, even if the resources were meager or non-existent, would teach students the basics: how to measure, how to work a sewing machine, how to do some basic hand sewing, maybe how to look and “read” a sketch or a research picture, how to measure and size a piece of clothing.

My friend Chloe recently got a job teaching at Reed College in Portland. (She gets here next month!) She and I have already talked about trying to teach, trying to train, undergrads to be useful in their desire to work with costumes. Yes, it’s fun and theater is awesome, but at a certain point, someone (and who better than a teacher in undergrad) has to teach them skills so they’re not lost in the professional woods, as it were.

Anyway, Bassel did his best to help me through the process. He was, like all Yale undergrads, overbooked solidly with classes and other outside interests, so we didn’t work much together.

Music I listened to while sewing: The soundtrack to Into The Woods! If I can be honest, listening to the film’s soundtrack is eye (or ear?) opening. I was a bit too lovingly distracted by all the visuals going on to really listen to the orchestration and the singing…

It’s lush. And so good. Especially Kendrick, Blunt, and Streep. So good.

Someone in the movie theater last night complained that “whoever” wrote the musical couldn’t write good music and that the actors did a good job with bad material. Another reason to roll my eyes at Portland.

Thoughts/Feelings behind the block: It’s so exciting to see a movie like Into The Woods, where the production design and costuming were clearly valued and supported. The work is gorgeous and inspiring.

Not to say that I’m going to ever be in the same category as Colleen Atwood, but… I really want to work on projects like that, with people like that, with designs like that. Yes, it’s hard and stressful and a lot of work to have to produce clothing like that, but… it’s almost art. And you’re forced to think big and also small (details!) and dream and work through things with a team.

I really hope my journey doesn’t “end” here, but that I keep moving forward and that I can find my way back to securing work like that again. Not that all the shows I was doing in New York were of that quality, but there always existed that possibility that you could meet those people or work around them and so on.

I think it’s interesting that the last show I designed before moving to Portland was Pippin. If anything, I’m finding myself more intrigued by the show, and that character in general. He starts out, believing he’s extraordinary and capable of so much; by the show’s end, he’s stopped hunting for the extraordinary and settles down with a girl who has a son. I don’t know if I’m ready to give up the pursuit of the Extraordinary yet. I don’t know if that makes me foolish or naive, but I haven’t found something else to settle for yet, something that fills that need yet.