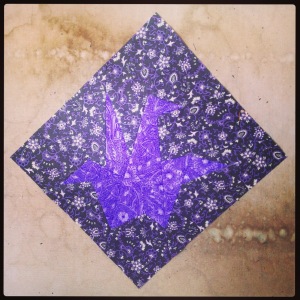 Person I would have sent it to: I’m having a real hard time thinking of someone today.

Well, I guess if we go back to 2011, and move chronologically forward, I should thank some people associated with my first blog.

Sometime in early 2011, I got the foolish idea– to kill a little time maybe– that I would start a blog, and discuss my life (anonymously) as a theater artist living in New York City. The goal was to write something about New York, about theater, about something I witnessed, to write something daily and put it up on the internet… I don’t remember if I thought anyone would find it, follow it, or care about it, but I thought it would be an interesting endeavor. Plus, it would be something else to do. My friend Alison, over dinner one night, encouraged me to start. Why not?

I think, in the end, I wrote about a year’s worth of posts. After that, I put it to bed, forgetting about it purposefully and hoping it would fade away and get run over on the internet super highway.

Sometimes it was a good thing. Most of the time it was a mediocre thing, with nothing really big behind it. Other times, it was an angry thing.

But I did make some friends because of it.

One of whom was a published author. I don’t know how I found her blog, or if she found mine first, but we became comment buddies, reading and responding to each other’s daily posts. She was working as a freelance writer, and was documenting what it was like after the economic recession, when a lot of her work dried up. She had recently written a book about getting a survival job at a mall selling clothes, which she was plugging and discussing a lot. I found a copy at the Strand, read it quickly, and congratulated her on it.

We talked about freelance, living in New York, Alexander McQueen, theater. At one point, she thought she might be able to visit New York and said we should get coffee. That meeting never happened.

Music I listened to while sewing: My dog is being extremely audible in the next room. Tonight, it’s a combination of snoring, snorting, gurgling, burping, and licking his lips. And sighing. He’s had a frustrating day with all this rain.

Thoughts/Feelings behind the block: I’m not really in the mood for much of anything.

I did four loads of laundry. I returned more clothes from the show I’m designing. I got rained on. A lot.

And now I’m eating peanut butter from the jar, so that’s how I really feel today.