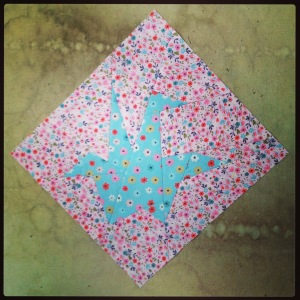 Something a little more delicate for today.

Person I would have sent it to: I’m gonna put my adventures with Priscilla Queen of the Desert to bed for the moment. I may come back to it. I might not.

When I flew back into New York after opening Priscilla in Toronto, it was Halloween and the city couldn’t have welcomed me back any nicer. The flight was smooth and quick. The city looked clean and pulsating from the sky. I got a cab from LaGuardia and took it back to my place on the Upper East Side.

My dog was still being babysat at my parents’ house in Virginia. I’d take a train down to Richmond in a few days to pick him up.

That night I went out to Gossip, a bar in Hell’s Kitchen for a Halloween party being through by Alison’s friends. I heard Lady Gaga’s “Telephone” for the first time. Life was awesome.

And then it wasn’t. November of 2010 was hard and difficult and I wander if things started to unravel THEN. During that month. Maybe I lost my control over my career then?

My next job was working at the Public Theater. I was assisting Katherine (of Come Fly Away fame) on a Shakespeare.

Today, I’ll dedicate this Crane to Luke McD. He was the costume director, I think, at the Public at the time. He was slightly higher up and above being a shop manager (Michael McD was at the time- I thanked him earlier with a Crane). Luke had an office outside of the costume shop, with all the other production higher ups, but his domain was costumes. He was a great resource, having been there for such a long time and also such a part of the New York theater scene.

Music I listened to while sewing: I’m back on my ElectroPositivity playlist this morning. Needing something in the background.

Thoughts/Feelings behind the block: Yesterday wasn’t a good day.

I think it’s the combination of a long series of slow work days, with dwindling things to do in the costume shop, and learning how this theater operates in general. I’m encountering not resistance, as someone who’s now “new-ish,” but I’m finding the process here interesting and a little unlike others I’ve had in the past.

So, I’ll be honest- after 540some posts why not be honest- I’m not really sure how long term this spot is in the LifeTime journey that I’m on. I’m hoping to make it a few seasons. I’m hoping to finish this first one. In other words, I’m actively, secretly looking for other jobs.

I needed to leave New York City. I needed that drastic change. I needed to run away and invest some time in myself. I needed some security so I could start evaluating some parts of my life; it seems odd to say it here, an ONLINE BLOG that’s become so introspective I might as well be posting pictures of me navel-gazing, but I wasn’t really able to look at myself and my work and my worth objectively in New York. I was too clouded by lack of sleep, one too many drinks, take out food, exhaustion, financial insecurities, and fear. Anyone who worries about being able to afford a $2 cup of coffee from Starbucks to cover you through breakfast and lunch isn’t going to be making sound decisions or observations about life.

I like to think a lot of my bad actions made in New York over the last few years stemmed from that. It’s what I tell myself.

I needed to leave New York. I needed it. Now that I’m not there anymore, I’m starting to realize what I gave up by leaving it. Yes, I dropped the need for a nightcap to get to sleep. Yes, I’m eating better. Yes, I’m working out less (sadly) but I’m no longer physically worn out at the end of the day. But I also lost the culture that exists there. The Art. The Attitude. The Ambition. The Culture (theatrical and also the City Itself). I miss seeing crowds. I miss movement. I miss going places. I miss the aggression. I miss the understanding that everyone seems to have living there (“Life here is just hard.”)

I called my friend Dave- one of my longest life friends at this point- just to talk about it all. He’s upset that it’s not everything I hoped it to be here, but he also understands that sometimes you just have to keep going until you find where you need to be (from the guy who broke up with me in 2002 so he could leave Louisville to find himself in LA).

He’s actually, as of next month, leaving LA to move to NYC. It’s something he knows he wants to do. It’s a place he likes. He can afford it, he certainly can, and that will make the city open up to him. He also has a great job as a theatrical agent, a currency that will open up a lot of doors for him quickly. He’ll love it there. I’m happy for him.

But I’m also sad about that. He’ll make it work. He has the job, the income, the personality to make any city work for him.

Would I leave Portland for “anywhere?” No. Would I leave it for NYC? Yes. But only if I had a more stable job. I don’t think I could handle doing freelance AS I WAS DOING IT again. Maybe ever.

So, here I am at work. Wondering if this is my place- my home- or if this is just another stop of my freelance-based adult life.

I keep bouncing back and forth between “This can work,” “There is opportunity here,” and “The pace is so nice,” to “The work is…,” “Where’s the opportunity again?,” and “why try?”

I’m sorry this day’s post is so down, but it’s what I’m honestly feeling.

I’m feeling kinda lost and alone and I’m really wondering if this is it.