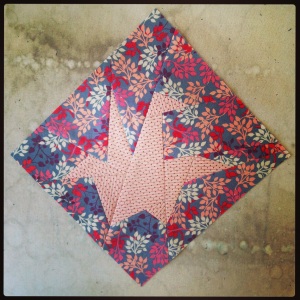 I sometimes worry here in Portland that people have forgotten about me already.

Person I would have sent it to: Nathan.

Yet another person whose last name I don’t recall.

Sometime in the spring of 2009– and I only remember this because I had just seen the reboot of the Star Trek franchise in the Union Square Regal Cinemas– I went out to drinks with a friend named Nathan. I was trying to reassemble some friendships and connections after the big break-up of 2009.

Strangely though– and stupidly– I was trying to reconnect with a guy who was also friends with the ex.

I don’t know why we decided it would be a good idea to meet up and talk; the only thing we had in common was the fact that my ex was his best friend, and the ex had (in a way) left both of us to study abroad for a few months and couldn’t be loaded down with any social baggage.

The two of us went out for drinks at Angel’s Share in the East Village, a bar that is classy and small and out of the way. They make really great cocktails.

And we had a lot of those really great cocktails… too many, in fact.

So, the judgement was impaired and words were said and things were acted upon. I think I was just needing some sort of validation, a recognition that I existed, and maybe also I was looking for a way to lash out at the ex.

It wasn’t my finest hour, but it gave me a lot of insight into my failed relationship and how some of the details of it had not remained between myself and the ex.

I rode the subway back home that night, back to Bay Ridge in Brooklyn, very late at night and very drunk. I’m surprised I was able to get home at all, but I did.

I felt terrible the next day, for a lot of reasons, the least of which was that I acted the way I had… just to piss someone off and I had used someone in the process that wasn’t necessarily complicit in any of the events that had caused me pain.

It’s never worth it.

Music I listened to while sewing: “Citylights” by Max Elto.

Thoughts/Feelings behind the block: I got a phone call from a friend back in New York last night. He called me at 10pm my time, which was 1am his time.

We spent more than an hour talking. I needed that.

It’s all very much the same, I guess. He’s taking whatever work he can find in the city; he’s directed a few very small shows and he’s stage managing a drag show right now (which oddly enough another friend of mine is performing in). He’s started to date a new guy that he met; they’ve been together for almost a month and he’s a little lovestruck about it all.

So good to talk to him.

So hard to talk to him after a while.

We talked about regional theater, and why it’s dying.

We talked about what it means to be comfortable, and how that can turn into a “just do it like we’ve always done it” attitude, which feels like the antithesis of artistic expression.

Why does the response have to be “this is the easiest way to solve it” or “I did it like this before” or ‘let’s just get it done?”

Anyway, it sounds like New York is the same as it always was and is: it’s fast and overwhelming and intense, but somehow people manage to make it work for them.