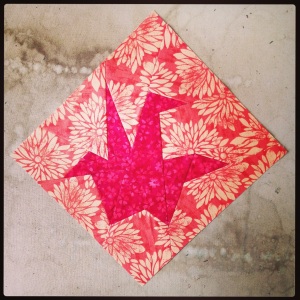 Hello again. I bought myself a French Press for work, under the belief that I’d save so much money not picking up a coffee (or two) on the way into work in the morning.

Which is true. I will. But I am so overly-caffeinated now it’s CRAZY.

Person I would have sent it to: Tyson D.

Tyson was new to New York back in the winter of 2010. I forget where he left to come to us, and how exactly I met him (I believe it was through my friends Allison and Marianna and Evie?), but I met him and we acted cute together for a very brief moment in time.

So, in the winter of 2010, while I was working on Come Fly Away as it danced its way onto Broadway and re-adjusting to life on the Upper East Side with a dog, he and I went out a few times. We went to Central Park and the zoo. We met up for drinks. We went to the High Line. We went out for dinner.

He was very new to the city. I don’t think he had been in the city for six months when I had met him.

And I took him to opening night for Come Fly Away. He hadn’t even been in the city for half a year, and I took him to an event where we sat behind Donald Trump and Spike Lee.

He was super nice, he was. But again, it didn’t last for much longer. Perhaps it was me. Perhaps I needed someone who was more acclimatized to New York? Perhaps I was still in my own box after the whole Jimmy debacle of 2009; I know I was still bruised from that in early 2010. I wasn’t ready, and really wanting to date anyone then. Shut off.

Tyson left New York that year, too. I think he went back home.

Music I listened to while sewing: We have The Sound of Music on today in the shop. Don’t know why, but…

Today, and for the past few days (since Saturday), I’m really wrestling with the idea of hope and opportunity and dreams and ambition and the idea that things COULD STILL HAPPEN. Remember being young? You just had this weird and untested belief that you WERE going to be famous or rich or do something amazing or special and go places and have fun and not have a difficult time ever or if you did have a difficult time you would manage to go above and beyond and be better than before?

What if you have ideas and dreams and goals?

Is opportunity something that is always possible? Or is there a point when Life says, “No more opportunity, this is what’s in front of you.” Do you just accept that and make the best of it?

Or is opportunity still there, with Life, you just have to put more effort forward and prove you’re still interested and will work towards it… even with all the obstacles that Life wants to put in front of you (responsibility, obligations, work, debt, time, etc.)…

I mean, if *it* isn’t here… do you go elsewhere? Can you make *it* happen anywhere? Is moving around until you find that click… is that helpful? Or by moving around, have you undercut any chance at connecting and making something stick?

What does it take to stick?