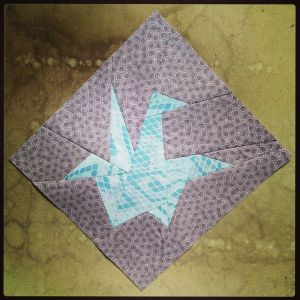 Eight more days. This is getting to feel like a child’s countdown to Christmas.

Person I would have sent it to: Michael N. J. S.

People often remark to me that I have three first names in my name; Michael N. J. S. seems to have four. Huh.

Michael was the assistant director on Fela!, so I worked with him for the first time back in 2008, then 2009, and then by extension in 2010 when Fela! moved to London for its production at the Royal National Theatre.

Do I have any specific stories about Michael? Any specific memories? I don’t think I do… He was always Bill’s right hand man, which meant that Bill had – at the very least – a lot of trust in him and his ability to help him. And I think that was/is a testament to something. Again, it’s a reminder to me that strong people with confidence and the ability to lead a room will ultimately be the ones to get anywhere.

Music I listened to while sewing: I’ve got the playlist for The California Project playing this morning. I’m also sitting in the lobby outside the Costume Shop here… because I was never given a key and I’ve been locked out. So this morning is awesome already.

Thoughts/Feelings behind the block: Weird dream last night. I woke up after 1 am, still partially living in that world.

I even went on Facebook to see if anyone was talking about Earth’s decimation by robotic, disease-ridden, digital zombies. But, no one was talking about it there, so I went back to bed somewhat comforted. ( I think it speaks volumes that I just didn’t look outside the window in this apartment I have in Arkansas… is it perhaps that I think my surroundings already look like that?)

In this dream, Earth had become a post-apocalyptic war zone, over run with this infectious zombie monsters, and all of humanity was given a choice to either stay and accept a life lived in hiding and in constant danger and looming death OR you could take a shuttle to the moon, where life was trying to re-establish itself even though resources were slim.

I remember that I chose to stay on Earth. It’s what I know! This is where my life is! Who’s to say it won’t just get better?

Even as the rest of the world left to head to the moon and start over, I was committed to making  life on Earth work. I knew it wouldn’t be a good life or a long life, but why would I want to live anywhere else?

My dog, meanwhile, he went to the moon. He was smart. My family – not my friends, mind you, they were gonna try life on Earth as well – had left and were sad – but accepting – that this was my choice.

Up until the last second, I chose Earth – even though death was now inevitable and imminent – and accepted that was my Fate in Life.

But then, right before a shuttle left for the Moon, I decided that I was better than that, than that suffering and fear and doom. Why shouldn’t I be in a place where I had the possibility of Life and a Future? Why was I living in a place where I would have to dedicate so much of my life to survival and barely making it…. why stay in a place where you’re constantly in danger? When you’re more afraid than alive?

I chose to go to the moon. I chose a different possibility. I made a change.

At the very least, I wanted to be with my dog.

What do you think I’m thinking about?