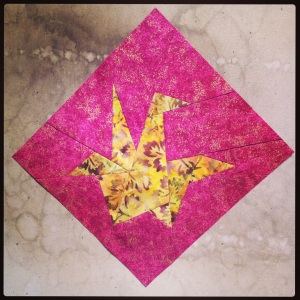 Fourth day in LA. I experienced a lot yesterday.

Person I would have sent it to: Jesse G.

Jessie was the fifth director I would work with at the Brown/Trinity Rep Consortium. It was my second (half) academic season there, and he was a second-year student at the time. Instead of choosing a Shakespeare (as had Makaela and Donya before him) for his second-year production, he chose a Moliere… The Learned Ladies.

To this day, even though the budget for the show was small and support limited ($500!), both the sketches and the actual look of the costumes remain some of my favorite work.

The sketches have a lot of character, and I think they’re a perfect blend of “looser” drawing, but still communicating detail. I never actually colored them (I should one of these days), because time was tight and I wasn’t sure what I was going to find in stock or in the cheaper stores. I still, whenever I have to do a portfolio review, bring that work along to show off.

The process was, however, an interesting one. The show’s concept was to have all but the central pair of young lovers be cast in the opposite gender- the female characters would be played by men and the male characters by female. It would all be done in drag!

Jesse, to his credit, loves the process and talking ideas. He’s still working in theater in New York; I think he lives in Brooklyn and teaches now.

Music I listened to while sewing: This morning in LA, I have no music on. I can hear some traffic outside (how New York!), but also a lot of birds (how not New York!).

Yes, it’s one of the largest cities in the United States, and one of the most famous ones, but it doesn’t really feel like a city.

As far as new experiences go, yesterday I called for a car service called Lyft. You download an app, request a ride, and someone shows up at your place WITHIN MINUTES. The person isn’t affiliated with a business; they’re a private citizen who’ve had to been approved/cleared/checked out by the company. The person drives you where you need to go. They payment goes through your smartphone app at the end of the ride. It was incredibly easy. And clean.

And then I rode the subway downtown, which felt more like a ride at Disney World. It was clean. And empty. And smooth. No one tried to breakdance up a pole five inches from my face while playing loud music. No one tried to show me a (fake) baby and get money. People just sat there. It was quiet.

And then I rode the train station, which I was warned was dangerous and confusing and badly laid out. It seemed smaller than Union Station in New Haven, CT and looked like a movie set. The only thing that seemed confusing was that the ticket machine wasn’t a touchscreen like out East. I had to press buttons. It did not smell like pee. No surface was sticky.

And then I took the train. The train had an outlet! It was clean. The seat was upholstered. It was quiet. It was uneventful. The intercoms worked.

And then I went to Irvine, which seemed like an oasis in the middle of nowhere.

What do people in California have to complain about exactly?

Anyway… Irvine and the workshop. Last night’s rehearsal was already super-informative. This process is gonna be quick and a ton of work, but the people we have leading it with me seem really excited for it. They have a lot of ideas. This will be interesting as it all develops.

I miss my dog, though.