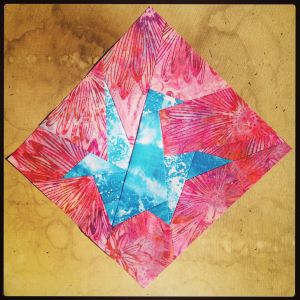 Lots of good in the air today.

Person I would have sent it to: Rachel R.

Rachel was a dramaturgy student at the Yale School of Drama, in the year ahead of me. I always remember having a lot of fun with Rachel, at various parties, since we never shared classes or productions.

I remember being in her very large 2 bedroom apartment for an Oscar party the year that Crash went up against Brokeback Mountain. Amongst the group of fellow drama students, of course we all had very definite and strong opinions about what and who should win each award. When Crash took home the main honor- Best Picture- you’d think we had just watched a small natural disaster wipe out part of the country there was so much emotion and angst directed towards the TV.

Have I seen Rachel since graduating from the Yale School of Drama? I don’t think so actually. I know she’s out in LA now, doing very well for herself and working on a television show or with a television studio… I’m not quite sure, but she looks like she’s living an awesome life.

Music I listened to while sewing: I’ve settled on a group (a person? an album?) called Suburban Dream this morning. I know I’ve listened to it before, as some of it is familiar. It’s a nice soundtrack to the day so far.

Or maybe that feeling when you’re reading a book or talking with a friend and a sentence, written or spoken, makes you see something differently?

And then the subsequent feeling, wherein you suddenly feel opened up to the experience or completely excited by what could happen or turned on by the possibility that things might work out?

Yeah, I think I had those feelings more than a few times within the past 48 hours. Not even 48 hours, actually; since Sunday night, with the suggestion of a book and a feeling to pursue, suddenly one thing blossomed which got me excited and made me WANT to work on these projects and also learn more about different things that might compliment the work.

I sat down with my director friend to talk about how to stage a project and how to conduct rehearsals and how to tackle something that was still incredibly malleable. Her advice of exercises to do, and directors to research and their methods, just sparked something. It was a high, a buzz, a fire lit in my head that I haven’t felt in a while. And it was intoxicating, but not something that would leave you feeling bloated or hungover when the moment passed.

Perhaps this is just a very long-winded way of saying I’m very excited about this project that I’ve got going in California and it’s going to be a ton of work and I don’t think I’m ready for it but I know I need to actively make a plan and a blueprint of what I want to do and how I want to operate and what I want to explore and then hope to discover.

And it’s also a long-winded way of saying I’m designing another dance piece for a company in New Jersey, as of yesterday, and there isn’t much of a budget or fee but I’m so turned on by the California gig that I’m not choosing to focus or even acknowledge that it’s not an “ideal” situation.

And it’s also a long-winded way of saying some other things MIGHT be coming along that are really exciting and I’ve got my fingers crossed very very very hard right now.

Choosing to remain hopeful and optimistic that things might keep moving onward and upward and that I just have to keep going going going and look up at the world instead of down at myself.

But reminding myself to be somewhat cautious and keep laying groundwork for more opportunities.