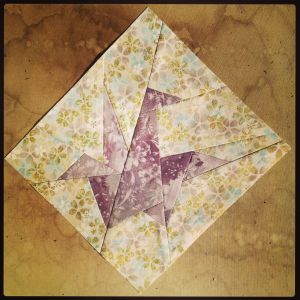 Person I would have sent it to: Nelson E.

Nelson was a directing student at the Yale School of Drama, but in the year below me. He and I only shared one class during my three years there- Theater History- but he did work as an Assistant Director on the Hedda Gabler I designed my second year, and then the production of All’s Well That Ends Well that I designed my third year.

Designers at the Yale School of Drama usually get to design two productions a year. My third year, the other production I designed was A Midsummer Night’s Dream, directed by Nelson. Only this time, the design department asked me to design the set.

And what a fun experience that was. Seriously.

I learned a lot. For the most part I enjoyed myself. I wish we had had more money and resources at our disposal because what we eventually ended up on was kinda of exciting. I designed Athens as very linear, very glossy, very ordered, possibly futuristic in the vein of a Matrix-type world or of a cleaned up Blade Runner.

The Woods, on the other hand, imploded that cleanliness and order. The set literally was going to explode as the lovers ran off to the woods.

The Technical Director I worked with did a really great job trying to take my ideal vision and figuring out a way to get everything key to that vision on stage… but I still kind of wish an opportunity would come along to design that show again, using the same aesthetic and idea.

Nelson had fun with the show, and did a really great job. Having been my third production of Midsummer to be a part of (once as an actor in high school and a second version in college, again acting), I am now convinced that this show is probably the most perfect play on the planet.

Seriously: have you ever seen a bad production of A Midsummer Night’s Dream? (I’m not talking about the movie from the late 1990s either; films don’t apply.)

Music I listened to while sewing: I’ve got the soundtrack to “Her” on again this morning and I think it’s pretty much perfection.

Thoughts/Feelings behind the block: Daylight Savings Time seems early this year, doesn’t it?

It’s a little amazing how much a difference of 10-15 degrees will make in the course of the day. Yesterday, it got up to FIFTY degrees here in New York and it seemed like everything was suddenly beautiful and calm and possible. I am so ready for this winter to be over; while there wasn’t any single storm worthy of a horrible name coined by meteorologists (Snow-mageddons? Snow-pocalypse?), the repeated snow storms and the ups and extreme downs with the outside temperatures were enough to grate on nearly everyone.

Very much looking forward to Spring.

Very much looking forward to next month when I’m back in California to workshop that piece of writing. Very much hoping we figure out some answers and get a plan how to move forward with it.

Very much looking forward to May and June, which will be spent in Arkansas with Pippin.

Very much hopeful that after June I’ll have some answers. I’m hoping those answers started solidifying in the next month actually. I’m crossing my fingers so incredibly hard at this point; I need some luck, I’m afraid.