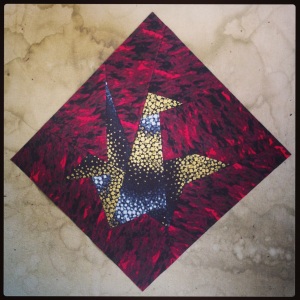 Person I would have sent it to: Lorraine V.

Lorraine was hired at the beginning of  my second season at Actors Theatre of Louisville; she would be the resident costume designer, a position that hadn’t been filled for a few years. The new Artistic Director had a prior working relationship with her from his last theater. He offered the job; she accepted.

Her first show of that season was actually the second. (The season began with August Wilson’s Jitney.) Lorraine came to us with the designs for a fully Victorian The Importance of Being Earnest.

We built the entire show, all of it: menswear, womenswear, petticoats, etc.

It was a lot of work. For a month, everyone in the shop (including overhire) worked 6-7 days a week to realize the suits, the vests, the trousers, the cassock, the dresses, and so on. In the end, it looked like a great production and the clothes looked amazing. However, at the end of the built period (in which I had learned on the fly how to tailor trousers, put in welt pockets, finish collars and lapels, etc.), I knew that season would probably be my last with the theatre.

With a resident designer there, and a resident assistant and a journeyman assistant to work with her, I wasn’t needed. If I stayed, I would have filled in as a stitcher or tailor, which would have been amazing (I feel like I would have eventually been really good at tailoring with more lessons and practice) on one hand, but disappointing on the other. At 23, that wasn’t my game plan: I wanted to be the one in charge of the creative decisions. I wanted to be the designer.

So, with Lorraine’s arrival and the Earnest experience, I made my mind up to go to grad school, specifically the Yale School of Drama (if not the best, why bother?).

I did end up learning a lot from her: watching her design process, how she sketched, how she worked in fittings, and how she dealt with the shop. Having a designer in residence was and is valuable because you can form a long term working relationship. You learn their and your strengths, your weaknesses, your shortcuts, etc. I think it’s good because it becomes about having to work together with a team.

Going into a shop for one specific show is fun and exciting, but I’m learning (as I become the “visiting/guest” designer in various shops) that returning to a shop over and over again is the much more rewarding experience. Forming that relationship is key, I think, to creating good work.

Music I listened to while sewing: Again with the pop music. I’m learning I like some of Miley Cyrus’s new album… and also One Direction. Yikes.

Thoughts/Feelings behind the block: I don’t have much to say today. I was super productive yesterday and got a lot of work done, which is awesome, but also kind of depressing because it was Thanksgiving.

Oh well. Today I vow to get to the gym and get out a bit. Need some inspiration and stimulation and motivation to keep going.

So much to do. So much time to pass.