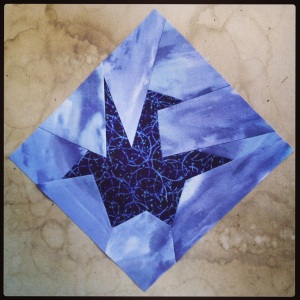 At some point today, the Mercury Retrograde will end. I’m hoping once this passes, things will start looking up… or getting easier. There’s been a lot of miscommunication and conflict over the past three weeks!

Person I would have sent it to: Manager Steve.

Another entry for the “Boys I’ve Dated” File.

One summer, while I worked during the day as a file-boy at a doctor’s office, I worked nights and weekends at an Old Navy. It was technically my second summer there; I had been hired a year before when the store opened. (This was back in the late 90s when Old Navy was THE new store for all your fashion needs… I was living in the Midwest, too.)

When I returned for the second summer, the management staff had mostly turned over, as is often the case when working retail. We had five different managers- a head and then four that oversaw the “departments” within the store.

Our relationship consisted mainly of furtive glances from across the store, and quick conversations while I was on lunch break. He was bold, at one point, even asking to take me out. I accepted.

As a 20 year old, I’d only ever been kissed once before, awkwardly on an arranged date when I was in high school. That someone actually asked me out, wanted to be seen with me, on a date, in public and in Indianapolis, floored me.

We saw the movie American Pie. We held hands. We went to an Applebee’s or a TGI Friday’s, I think… they’re really interchangeable.

Things never really went anywhere; he was technically a boss at work, and I was working over 50-60 hrs a week so I could go to London in the fall for school. Things remained flirtatious, but ended on their own.

Music I listened to while sewing: Fort Fairfield! Again! Spotify, find me some new music!

Thoughts/Feelings behind the block: Kept myself quite busy yesterday. I got a lot either started or finished.

If I can just keep myself busy, focused on something, things feel good… as if I’m taking the right steps to move forward. I keep telling myself to keep laying the groundwork for the opportunities in the future; things don’t have to happen NOW but they need to happen eventually.

Need to figure out a way to balance this with my need for employment now. I’m struggling with the suggestion by an agent to work only towards the work I want. How do I do that and not take other jobs?

If I want to be the designer, I have to start turning down some of the assisting work- if not all- that I get offered. But then how do I make money?

Maybe I’ll just have a really big bake sale or something. Ugh.

One step at a time.