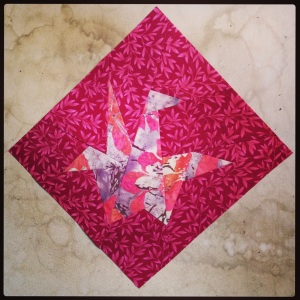 Person I would have sent it to: Over the seven summers I spent at the National High School Institute, I spent six working in the costume shop, first as a designer and then I would eventually manage the shop and also teach a section of a class in Design Process. After working there, from 2000 to 2006, I figure I taught and designed for well over 1000 students.

Each year, the number of designers in the shop would vary. Five was an ideal number of designers to have on hand; sometimes there were only four of us. Sometimes we all clicked. Sometimes we didn’t. Other times, I feel like I made some of my best friends. Working in a costume shop, independently designing productions and assisting friends on theirs and managing crews of 60 total kids every afternoon and running 10 shows in repertory… you really get sent through a wringer.

I wish I could remember every designer’s full name that I worked with there, but I don’t. That doesn’t mean I didn’t learn loads about design or theater or life or Chicago or friendship from them. Some of the details have become foggy unfortunately.

Of the crew, I’ll start with Lindsay T.

Lindsay actually did not work in the costume shop. She designed props for the program for several years. Other years, she was hired to photograph the entire summer for the brochures and websites and publications about the NHSI experience. While she wasn’t technically a direct part of the costume shop crew, she was best friends (having gone to the DePaul Theater School together) with several of the people I worked with.

I can’t even describe specific things about our friendship. It’s not about concrete instances of “because of this, we’re good buddies;” it’s just knowing that she’s a good person and gives and helps and accepts and wants the world to be better and is smart and proactive and manages to have and be loads of fun. Over however many summers we worked together, we were- and still remain- good friends. Not to say we didn’t go through some periods of friction. If we did, it was probably my fault. But I’m glad that she put up with me, and still considers me a friend.

From what I know, she doesn’t work in theater anymore. I’m not sure what exactly keeps her busy now. She’s moved all the way across the country, so keeping in touch is about Facebook now. But, she still looks like she’s making the world around her better.

And having fun while doing it.

Music I listened to while sewing: It’s a “Sunday in the Park with George” kind of morning over here.

Thoughts/Feelings behind the block: After a week away at the kennel, while I finished my Providence show, The Dog still insists on sleeping on top of me at night. He’s now passed out next to my feet, snoring.

I made coffee this morning. I’ve had two cups already.

I have a rehearsal this afternoon for a dance piece.

I have an interview for a job later this week… a job for next summer.

What I’m really thinking this morning? I hope I don’t fade away and disappear.