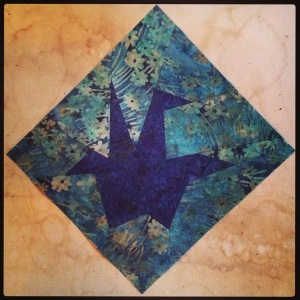 Up at 4am to start the day… Heading by train to Providence.

Person I would have sent it to: Andrew W.

Andrew, when I first started working at NHSI in 2000, was the Production Manager in charge of facilitating all of the needs of the design staff. I actually didn’t much “meet”  or spend much time with him that first summer; as a Faculty Associate, I was kept more to the classroom and rehearsal side of things. But, later, as I was hired to design shows, and then in subsequent years asked to teach some or manage the costume shop, I spent a great deal of time with him.

He had attended the program when he was a high schooler, so he appreciated the program and knew how awesome it was to be a part of it. He worked an insane amount to keep things moving every summer; whether it was organizing production meetings, checking in with shops, teaching classes, mentoring the design and teach students, throwing barbecues for the tech staff for morale upkeep, or demonstrating how awesome lighting design on the stage can be (in only 3 minutes), he was pretty amazing and inspiring.

Music I listened to while sewing: It’s 4am. I’m trying to be a good neighbor. There’s no music this morning.

Thoughts/Feelings behind the block: Yikes.

Four hours of sleep. Eight hours of fittings. 7 hours of train travel, if Amtrak behaves itself. Today is going to be all about coffee. TGIF, right?

The Dog is away with the guy who boards him for the day.

I’m also getting sick. Again. I don’t think I have anything to do this weekend, and I want it to stay that way; I have so much to catch up on…

Okay, running out the door.