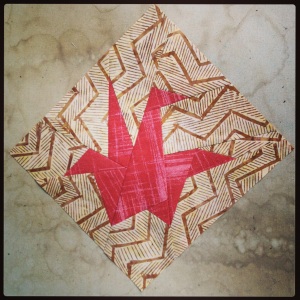 I’m having a few feelings this morning. I’m not sure I like that.

Person I would have sent it to: Another dedication to someone from my time at NHSI…

John was not there for my first NHSI summer; maybe he showed up the next year, as a Faculty Associate. Whatever summer he arrived to Associate within the program, he made his presence felt and invaluable. The year after his Faculty Associate summer, he was brought back to help Lynn run the program. He quickly became her right hand man. The summer that Lynn had to leave in order to give birth to Constance, and couldn’t finish the remaining two weeks of the program, John sailed the boat to the finish line.

He’s one of those people that you know were born to have a leadership position.

He’s been working in producer’s offices in New York since then. He’s making a name for himself, which is pretty awesome. Case in point, he was one of the (many) producers to win the Tony for Best Play (Vanya and Sonia and Masha and Spike).

Music I listened to while sewing: After a brief period of indecision last night, I have decided that Miley Cyrus’s song “Wrecking Ball” is okay. I’ve got it on repeat this morning.

(This doesn’t mean I love it; I feel like someone with a stronger vocal range could actually tear into the song…)

Thoughts/Feelings behind the block: I’m just having all sorts of feelings right now. Last night was productive! It was good! I chained myself to my computer and made myself type out all the costume breakdowns and notes for this web series that’s happening in a week (no time as well as no money, it seems!)! I got it done and passed all the info along to the actors! Checked that off the list.

I found a grant that may actually help me get this LA project going in the Spring. Now I just have to start convincing that organization that I’m awesome. Check.

I also decided I’m not willing to deal with some of the passivity I’ve been encountering with the guy I thought I was seeing. Last night, after a talk with him, I realized I feel like I’m pulling teeth with him… trying to figure out what he’s thinking or what he wants to do together or if he’s interested. I’m probably shooting myself in the foot, but I’m getting confused by it all and not in a fun way. No more details but I’d just like someone to be a little more present… a little more upfront… instead of this “maybe I like you, maybe I’m don’t, so keep trying” attitude, you know?

I’m also ready for Hamlet to be done. I’m growing tired of being the go-between between people who have a delicate relationship. It’s hard to do this work, theater design, it just is. Surrounding yourself with people that you don’t always get along with doesn’t make it easier. Lessons I learn from other people.

Today is the kind of day where I’d love with my heart of hearts to have the time to go get coffee with a Best Friend and just talk about everything and not have to put on my “game face.” I’d like to admit in public that I’m confused. It’s the kind of problem that would be resolved in a movie by a montage of shopping and drinks and gossip and dinner and wonderful pop music.

I don’t think I’ll be having any montages in my life today.