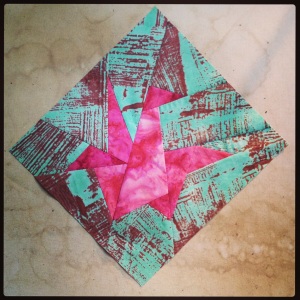 I was up until almost 3 this morning; couldn’t decide if it was excitement that kept me up, or that I had a tedious day.

Regardless of cause, it will be a day for a large coffee.

Person I would have sent it to: Well, London couldn’t be all sunshine and rainbows all the time. To off-set the highs of experiencing what a conservatory program could be like, I did have some lows.

Not every experience could be thrilling. There couldn’t be an epiphany or a life-changing awareness that made me love theater. Sometimes I did get frustrated.

And, usually, all my frustrations happened in one particular class: High Comedy. The other Ian, not the program’s director, but a director who taught what an acting class in comedy based in text (think Moliere, Wilde, etc). We did not get along.

And that stumped me. I believed, at the time, that I tried. That I put myself out there. That I could be funny.

And yet, in Ian’s eye’s, I didn’t get it. I wasn’t trying hard enough. It didn’t come naturally to me. I was not funny. I was just wrong.

We spent the semester focusing on Orton’s Loot and Wilde’s The Importance of Being Earnest. I bombed at Loot. I didn’t get the humor in it (dark and British, something that would appeal to me more *now* than at 20), and hadn’t heard of Orton before then (so how important could he have been? I was incredibly green…). As the semester wound down, I would be better with Earnest. It’s an easier comedy to understand. The situations are just funny. The witticisms are perfect. It’s Wilde.

Ian was the teacher that I loathed seeing. I didn’t enjoy the experience at all. I seemed to be sailing smoothly through all my other classes, enjoying much of it and learning quite a bit. But in that class, I floundered and was told so. To put it succinctly, Ian the Teacher and I did not get along.

Looking back, I’m positive it was just the class where a lot of my discomfort shone through. It’s hard to be funny when you are a young combination of homesickness, insecurity, and ego. Despite what it may sound like, I did worry about money and food and how to live on my own and the people around me, but I managed to pair it with an overly healthy sense of my potential.

Looking back, I’m sure none of it was personal. At the time, it felt like it was.

Yet another example that the learning process can actually be quite uncomfortable and unpleasant. Just another time to realize that learning is not an armchair sport; you have to take active part in it and sometimes it isn’t easy. Sometimes you need to admit you have no idea what you know and accept that you have room to improve.

Music I listened to while sewing: The soundtrack for Amelie. I started listening to it in the middle of the night when I couldn’t sleep. Have yet to turn it off.

Thoughts/Feelings behind the block: I pulled out the three journals I kept while I was in London yesterday. Originally purchased because I wanted to have something to keep notes in from all my classes, they would grow into a daily ledger of what I did, who I hung out with, what I was thinking, what classes were like, what was going on. (Familiar, right?)

It’s interesting to read how detailed some things get. I talk about what I hoped to do, what I planned on doing, what I was eating, what happened in class. My handwriting has certainly changed. My thought process has hopefully grown. Some of the things I write about seem incredibly banal now; I can’t decide if they seemed important because they happened when I was 20 or if they happened in London.

I need to read all of it, regardless of how awkwardly, embarrassingly painful it may feel. Reading one’s own journal years later is really kind of salacious, isn’t it?

Anyway, I was dealing with the same stuff I am now, just with different words. Life is all about confusion and boredom and excitement and tedium and people and the ups and the day-in-day-out. That’s all there is, really.