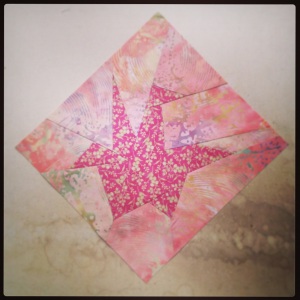 It’s THURSDAY? How did that happen?

Person I would have sent it to: Back to my memories of high school!

Today’s Crane is for Mrs. Wallace, my school’s leader of the Campus Ministry programs.

Brebeuf was a private, Jesuit high school, which meant there was an element, not necessarily of religion, but of spirituality throughout every aspect of the school. A few times every year, the entire school would arrive to school “dressed up” (which in the 90s meant all the boys wore khakis, blue or white shirts, and ties most likely from any combination of the Gap, Eddie Bauer, Abercrombie, etc. and the girls wore skirts or blouses tinged with a 90s “style”) and head to a mandatory convocation lead by teachers. While we had a chapel centrally located in the school, that was reserved for more special events, such as meetings held for Campus Ministry.

Brebeuf, maybe like all Jesuit schools, offered off-campus student retreats several times a year. The freshmen, sophomore, and junior classes would have opportunities a year to go on a few days overnight, chaperoned trip where self-reflection, group activities, and community were the focus.

Senior year, the retreats were called “Kairos.” These retreats were longer, lasting five days, and were organized around guided reflection: who I am? who do I want to be? who I am in relation to others? How do others see me? Who’s there for me?

Kairos isn’t something I think about much anymore. At the time of my retreat (Kairos 21!), it meant the world to me and I kept several souvenirs to keep the memories close.

Trying to explain the experience, however, is difficult as it was so personal.

Mrs. Wallace was in charge of all these retreats and other similar school activities (orientations, etc). She lead them all calmly, carefully, and even maternally. My senior year, based on the community she developed with students over these retreats, she would become a kind of “den mother” to the school and my classmates.

It was a pretty unique position to have in a high school. It was great to have.

She chose me as a leader for one of the Sophomore retreats my senior year. I was honored to be included, to be chosen as someone who was “seen” as a leader.

Having been the kid who wanted to disappear, who wanted to just pass by, when I enrolled at Brebeuf, the transformation is not lost on me.

She wasn’t the only person in that school who contributed to that journey (as these “high school Cranes” continue to add up), but she was the one person to make spirituality a personal thing, something I could have for myself, something that wasn’t tied to a church or religion.

Music I listened to while sewing: Today, while perusing Spotify, I came across a playlist called “Indie Chill.”

I approve so far, if only because it played a cover of Smashing Pumpkins’ “Tonight, Tonight” by Passion Pit. Awesome.

It makes me feel like I’m in high school or college again: kinda angsty, misunderstood, and very deep. I was such a “tortured artist” back then.

Not really. Not really at all.

Thoughts/Feelings behind the block: Today, I have a quote!

“In everyone’s life, at some point, our inner fire goes out. It is then burst into flame by an encounter with another human being. We should all be thankful for those people who rekindle the inner spirit.”

I don’t know what it is about reaching the 80th and 81st Cranes, but I’m growing anxious that I won’t be able to think of 1000 people in my life to whom I will dedicate a Crane.

I don’t want to get into the hundreds and realize that I’ve “run out” of friends, mentors, acquaintances, former boyfriends, colleagues, etc. How depressing would it be if I couldn’t “finish” that aspect of this project? It’s such an important aspect of this project, I don’t think it would mean as much to me if, for example, Cranes 386-1000 were left unclaimed and adrift.

I have 700-some Facebook friends; it would be quite easy to just go through my connections and list the people as appear on my screen. But I’m not going to do that. While I do try to “know” everyone who friends me there, I will admit that some of those relationships are tenuous.

Hm… Oh well. When it comes to that, I think it’s best not to think of that aspect’s “big picture.”

I suspect as I go along, my explanations behind why I’m dedicating each Crane will become more important.